François Legault calls on Philippe Couillard and Jean-François Lisée to get out of their bubble. 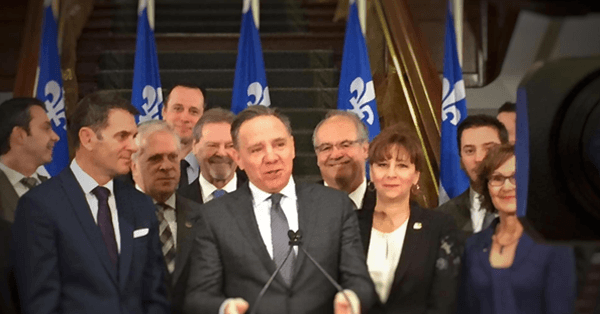 Accompanied by his members, the head of the CAQ, François Legault, gave an overview of the last parliamentary session. He highlighted the outstanding job conducted by the CAQ members for the last months at the National Assembly. For François Legault, the decision of the Prime Minister Philippe Couillard to prorogate the parliamentary session and to reshuffle his cabinet, once again, is an admission of failure.

“In 2016, Quebecers have realized that the Liberal Party and the Parti québécois are both living in a bubble, far away from the concerns of the population. In 2017, I invite Mr. Couillard and Mr. Lisée to get out of their bubbles and to reconnect with what Quebecers want”

Philippe Couillard has demonstrated that he has little interest to listen to people‘s concerns. He refused to lower taxes for the families, refused to ban religious symbols for public workers in authority as policemen and judges, refused to admit the wrongs in the wheeling and dealings of the PLQ; Philippe Couillard is the only one thinking that he saved Quebec, has declared the CAQ leader. “When we have reached the point where Philippe Couillard is taking himself for Quebec’s savior instead of listening to the concerns of the population, we can say that the liberal bubble is on a whole new level”, said François Legault.

About the rumors of a major ministerial reshuffle, he recalls that “last year, Mr. Couillard has reshuffled his cabinet with the promise that henceforth his governmental ship would navigate toward calmer waters. The new start was only supposed to happen last year. He is now making one every year. It’s Groundhog Day! In any case, it’s hard to believe in new starts as the liberals have been in power since 2003. The Quebecers are not fooled” said François Legault.

Jean-François Lisée has to stop claiming that he always knows what is good for Quebecers. His first actions as the PQ leader demonstrate just how detached he is from the financial anxiety of families.

“The first action of Lisée after his appointment was to turn down tax lowering and to court Québec Solidaire, instead of listening to Quebecers. And again this week, Lisée asked Couillard to hold a national televised debate on sovereignty. I imagine that we would have a black and white TV show” pursued the leader of the CAQ.

The strength of the CAQ team

The leader of the CAQ concluded his press briefing by emphasizing the exceptional team of members he can count on.

“I am so proud of this big family that is the CAQ. In 2014, many of our members had no political experience and were unknown to the media. Two years later, the CAQ members are … everywhere! They were able not only to breath down the Liberals necks, but also to be constructive by providing ideas. Today, the people have no choice but to recognize the depth of the CAQ’s team. In 2017, our ambition is to switch from opposition mode to a government in waiting mode!”, concluded François Legault.

The Rise of the CAQ: The QLP Is Weary and the PQ Is out of Touch 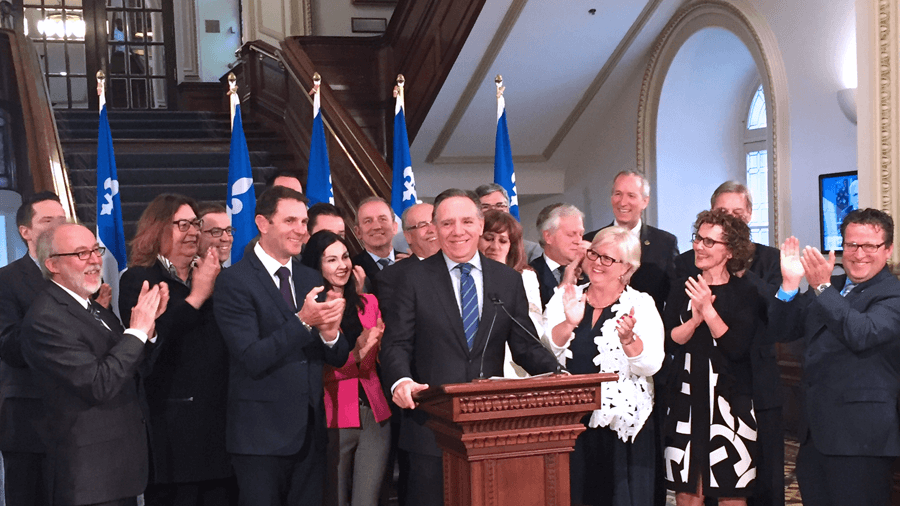 The late parliamentary session is marked by the rise of the Coalition Avenir Québec. Alongside the CAQ’s MNAs, Leader François Legault is happy to acknowledge his party’s assertion as a viable alternative to the tired and weary Liberal government; which has been in power, almost continuously, since 2003.

On all ends, the CAQ has successfully shown that it is constructive, ambitious, and in tune to the wants and needs of Quebec’s citizens. “The Liberal government is caught in the past, and remains a prisoner of older and ineffective methods. This session has exposed the Liberal government’s lack of ideas. The Prime Minister must cease to be indifferent and unaffected towards the matters that concern Quebecers. He needs to get off his high horse. Furthermore, things are not any brighter across the spectrum. The PQ remains engaged in the same old quarrels, regarding the date of the next referendum. Quebecers have had enough of this fiction. Meanwhile, the CAQ is on the rise. Quebecers now possess a real alternative to the Liberals, and I can say it without reservation: We will be ready to form the next government in 2018”, exclaimed François Legault.

The CAQ has managed to astonish, innovate and rattle the government on more than one occasion. Consider, for instance, the proposal to provide pre-kindergarten access to all 4 year olds, and to make school mandatory to all, until they either turn 18 or obtain a diploma. Lacking any form of vision for our education system, Philippe Couillard made this ambitious CAQ idea his own; failing, however, to commit to its implementation prior to the end of his mandate. “Education should be our nation’s priority. The Liberals have been in power for 13 years, and for 13 years there has been no investment in education. It is inacceptable for Quebec to have a higher dropout rate than in Ontario”, highlighted the member for L’Assomption.

In economic matters, the Liberal government budgeted no corporate investment increase for 2016. Quebec has also suffered the loss of headquarters, and the loss of investors’ trust. “Many Liberals agree that under Couillard’s governance, their party is unrecognizable. The Liberal government is clearly out of ideas! It produces a lot of papers, but very little results. I am repeating my message to Philippe Couillard: Wake up!” stated François Legault.

The CAQ Leader can hardly ignore the black cloud that roams over the Couillard government; a devastating management of the Transports ministry, ridden with manipulation, obstruction, lies and intimidation. “We witnessed a Liberal Minister getting dismissed, because he had the courage to denounce serious internal problems. Mr. Couillard watches like a spectator, as the population’s scepticism and anger grow alike. Quebecers are furious, and will tolerate no more. I would like to stress that as a Prime Minister, I would never accept this”, concluded François Legault.