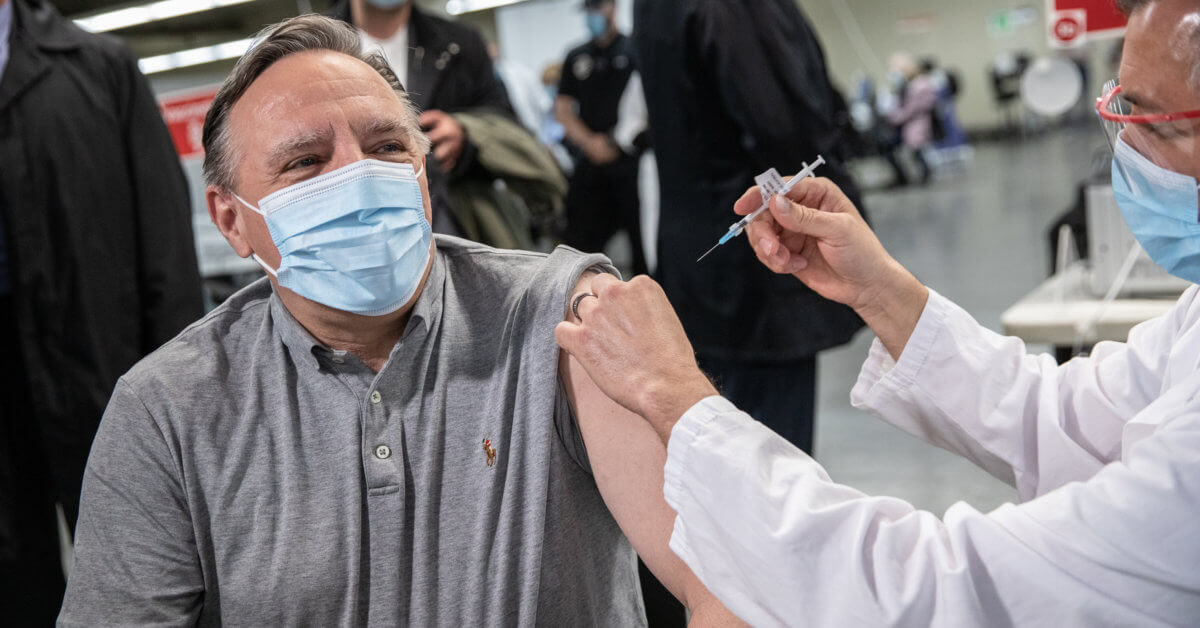 The operation continues to accelerate in Quebec, with the expansion of vaccination in the last few days to certain chronically ill individuals and essential workers in high-risk outbreak settings, as well as the offer of AstraZeneca’s vaccine to individuals aged 45 and over.

To date, affected individuals with chronic disease at very high risk of complications have been offered the vaccine in the hospital setting where they are being followed, or through a pharmacist. Increased shipments of vaccines over the next few weeks now allow for the expansion of vaccination to two additional groups before opening to the general population.

As a first step, people with chronic diseases who are under 60 years of age will be able to make an appointment at a vaccination center or pharmacy by visiting Québec.ca/vaccinCOVID as of April 23. This expansion will allow the vaccine to be offered to approximately 300,000 additional chronically ill people under the age of 60 in the coming weeks.

In addition, as of April 28, anyone with a motor, intellectual, speech or language, visual, auditory, or other sensory disability, or an autism spectrum disorder, will also be able to make an appointment on the Québec.ca/vaccinCOVID page. Once again, the vaccination can be done in a vaccination clinic or in a pharmacy. One caregiver per person on the autism spectrum may also register. This means that approximately 250,000 people, and as many caregivers, will potentially be able to obtain their first dose.

These two groups of people represent a total of 1 million people, including the 200,000 people announced last week who are being actively followed up in the hospital and whose vaccination has begun. That’s 800,000 new people added to the ongoing vaccination. Vaccination for the general population will begin at the end of May. Until then, the collaboration and solidarity of Quebecers are required to give priority to the most vulnerable people.

Note that based on prioritization, vaccination will next be opened to the general population. Details regarding this next step will be known shortly.