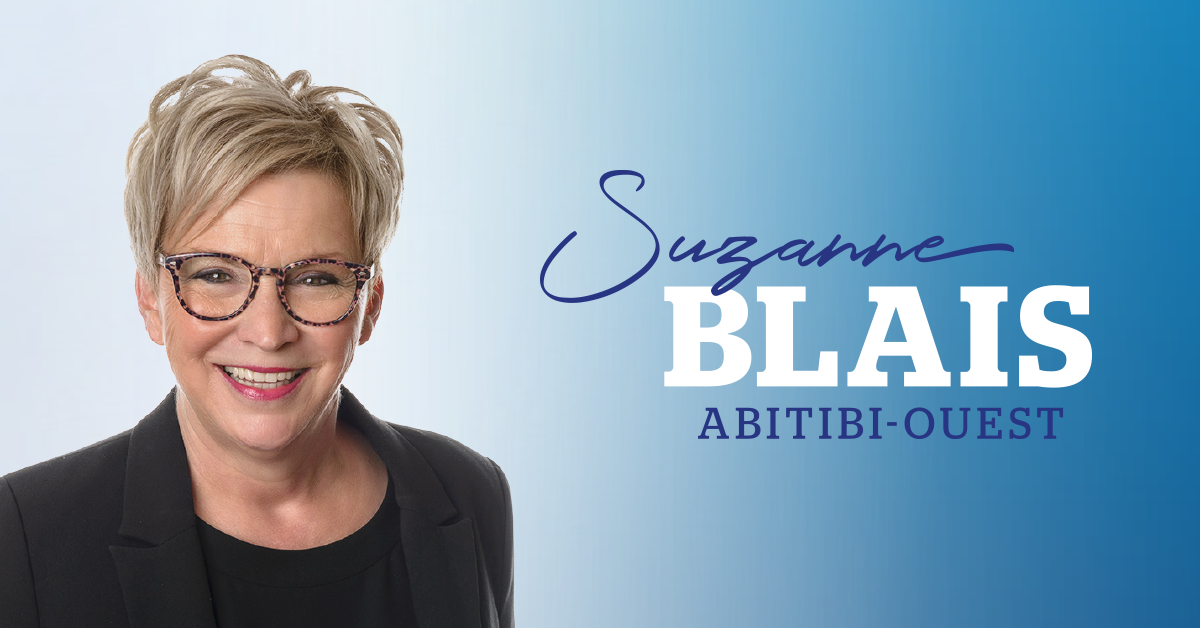 Suzanne Blais is a business woman and a volunteer. Originally from Taschereau, she went to high school in La Sarre and has been in retail in Amos for over 23 years. She is an active member of many boards of administrators in the business and social communities there.

Energetic and determined, Suzanne excels in client service and has a knack for identifying opportunities and for finding innovative ways of doing things. Her passion and perseverance lead her to set ambitious goals in everything she does and to deploy the necessary efforts to reach them. As a trained auxiliary nurse or businesswoman, she has two overriding objectives, take care of others or work tirelessly to contribute to the well-being and development of her community.

Her community engagement runs deep. She has owned the Frèrot Soeurette garment boutique since 1995, and before that she was an auxiliary nurse at the Amos Hôtel-Dieu hospital for nearly fifteen years. She is currently president of the parish council of Sainte-Thérèse-d’Avila cathedral in Amos. She has just ended a twelve-year mandate as director of the Société d’aide au développement des collectivités  Harricana. She is a member of the organization mentoring task force and has been head mentor since 2006. She received the Personnalité Femme d’affaires of the Gala Élite of the Amos chamber of commerce in 2016. She also was recipient of the chamber of commerce $500,000 or less Award at the chamber of commerce 2017 gala. The same year, she was named lifetime ambassador for Amos region businesswomen.

Having received numerous awards and honours in her native region of Amos in the last twenty years, she is convinced that she can make a difference at another level for the people of her community, which is why she is entering politics with Coalition Avenir Québec in the present election.