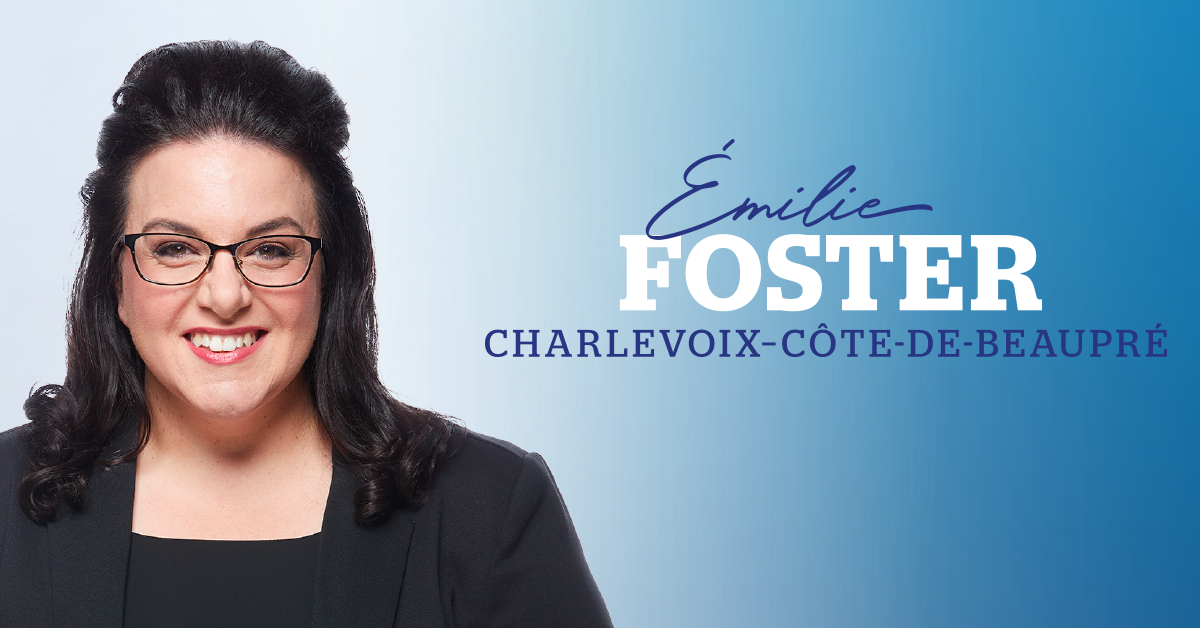 She comes from a family rooted in Charlevoix and holds a PhD in public communication. Émilie Foster in political advisor in the office of Coalition Avenir Québec leader, François Legault, at the National assembly. She is a specialist in matters of Education and citizen participation and has recently completed a masters’ degree in political science at Université Laval as well as B.A. in business administration at Université du Québec à Chicoutimi.

Émilie Foster has been at the CAQ since day one and was party vice-president in 2013-2014. From 2014 to 2017, she was political adviser for the CAQ MNAs. She was instrumental in the development of the party’s education platform. After taking a break from political life to complete her doctorate, she has was political commentator for Radio Énergie 98.9, and worked in communications and for upper management for the Fédération des comités de parents du Québec. She then rejoined the team of François Legault.

Aside from her political implication, Émilie was lecturer in political communications and survey techniques at Université Laval from 2012 to 2017. She was also coordinator activities for the Groupe de recherche en communication politique and for the réseau Marketing Politique Canada.

As part of her doctoral studies, she received grants from the Conseil de recherches en sciences humaines and the Fonds Société et Culture. She contributed to many collective national and international publication, notably Handbook of Political Marketing and Marketing in Canada. She was also invited speaker for many scientific congresses in Canada and the United States.