The CAQ’s critic for the Treasury Board, Éric Caire, has called attention to the flagrant ignorance displayed by the Minister responsible for the Digital Strategy, Dominique Anglade, in her own ministry’s program.

The CAQ MNA addressed the Minister’s declarations during the examination of the budget allocation; she stated that the funding envelope to support business digitalization will be of 3.1 million dollars, a “modest sum” which has “no limitation”. Dominique Anglade added that this was an “estimate”, and that every company in Quebec may rely on it. According to Éric Caire, her statements are inapplicable within the contingencies of the budget.

“When I told her that 3.1 million dollars would far from suffice, for our companies to close the gap in electronic commerce, she sided with me and recognized that the government’s assistance was indeed modest. However, she continues to assert that every business in Quebec will be able to receive a $50,000 tax credit. Thus, 236,000 companies in Quebec can benefit of this funding envelope. The 3.1 million dollars budgeted are therefore very far from the actual 11.834 billion dollars required to honour her commitment! Where exactly is she planning to find the 11.5 billion dollars that are missing? Our companies are facing serious challenges, and they deserve to know the truth. They shouldn’t be subjected to another Liberal improvisation”, stated Éric Caire.

Dominique Anglade was visibly embarrassed, and made it worse by refusing to retract her comments at the parliamentary committee; despite an open invitation to do so, by the member for La Peltrie.

Quebecers are being invoiced more than 500 million dollars, for an emergency breaker replacement in Hydro Quebec’s power network. Meanwhile, the CAQ exposes an internal report generated in December 2003, by an engineer of the state-owned enterprise, recommending for Hydro Quebec to substitute its PK units by effective, new generation breakers.

The 2003 study is clear: The SF6 circuit breakers offer improved reliability, sustainability, performance and safety. They are also more affordable than the PK units over the long run; stated the CAQ critic for energy, Chantal Soucy, as she waved the report at the Blue Room. She called on the Minister of Energy, Pierre Arcand, to identify the administrators responsible for this poor decision, and to initiate an investigation by the Auditor General.

“I cannot believe that, while the solution has been known since 2003, Hydro Quebec is only acting now! Not only has the Crown Corporation been aware, in the last 13 years, that its breakers are dangerous and are causing major outages and fires; but it also has the nerve to claim millions in taxpayer dollars for urgent maintenance. I will tell you what is urgent, to punish those responsible for this fiasco. There is clear negligence in this file, and the Auditor General should be able to investigate what happened”; said Chantal Soucy to Pierre Arcand, who appeared oblivious to the report’s existence.

The member for Sainte-Hyacinthe expressed her surprise, to discover that repairs and maintenance were made on over a hundred breakers between 1994 and 2002. Considering that refurbishing a breaker is supposed to increase its longevity by 30 years on average, most of the equipment should, in theory, be functional at least until 2024; informs Soucy. “The Minister must face the facts. It is ludicrous for him not to wonder, like I do, what caused Hydro Quebec to wake up 13 years late, and request for last minute repairs! Due to Hydro Quebec’s bad management, Quebecers are in line for yet another bill, amounting to a half a billion dollars this time”, regretted the CAQ member.

$16,000 “Pastafarianism” Study: Couillard Must Call His Minister to Order 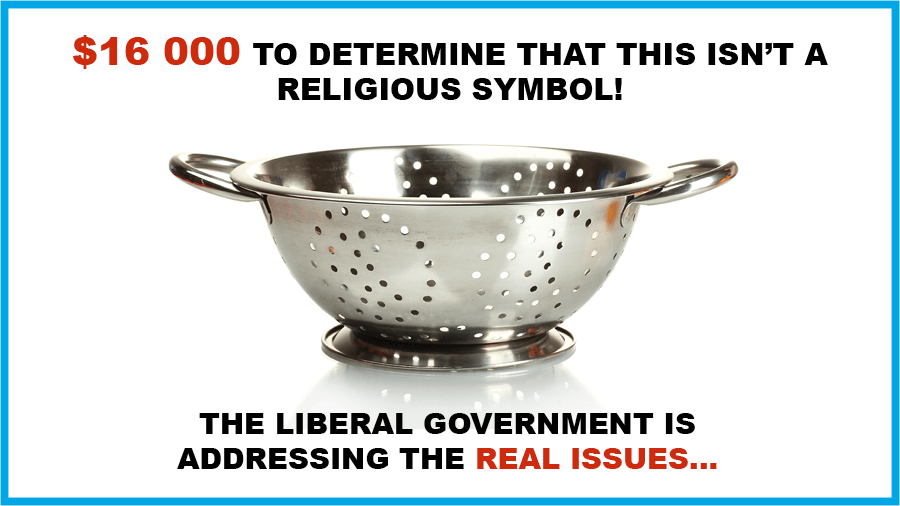 Quebecers have had enough of seeing the Minister of Transport, Jacques Daoust, making improper jokes about the $16,000 wasted by his ministry, in the study a frivolous religion. The CAQ believes that Jacques Daoust should have expressed his regret as an alternative to a boastful display at the parliamentary commission. Thus, the CAQ is asking Philippe Couillard to call his minister to order, and is awaiting for an official representative of the government to acknowledge that this expense was a mistake.

The CAQ critic for secularism, Nathalie Roy, is having serious doubts on whether the Liberal ministers have any value for money. Let us recall that only two weeks ago, Rita De Santis said that $150,000 is “peanuts”.

“I am wondering if this government understands the value of money! If $150,000 is peanuts, what is $16,000? Evidently, for Jacques Daoust and his colleagues, $16,000 is breadcrumbs; but for millions of taxpayers, who wake up every morning to go to work, and who pay their taxes, it is a significant sum. Instead of excusing himself to the general public, Jacques Daoust opted for bad jokes, giggles in the corner, and condescending smirks. He even sent a cry out for all the “Pastafarians” to “behave”. Instead of being ashamed of this waste of public funds, he roared with laughter in front of the entire population. $16,000 for tasteless jokes seems like a hefty price to pay. I am asking the Prime Minister, Philippe Couillard, to restore order, and to have his minister apologize to the taxpayers”, thundered Nathalie Roy.

According to Jacques Daoust, it is none other than Stéphanie Vallée who has instructed the prosecutors to take matters to the Superior Court, thus spending the precious time of Quebec’s judicial system. Therefore, Nathalie Roy is demanding that both ministers communicate, and punish the individuals responsible for this ridiculous affair, in their respective ministries.

“No one in the government, has yet acknowledged that this was a mistake. It is incredible; the government would not assume responsibility, after having spent $16,000 to find out whether wearing a pirate costume and a spaghetti colander constitutes a religion. Instead of laughing foolishly, they should ask themselves serious questions, and make sure that this type of situation never repeats itself”, concluded Nathalie Roy.