$1.8 billion to support Quebecers and restart the economy 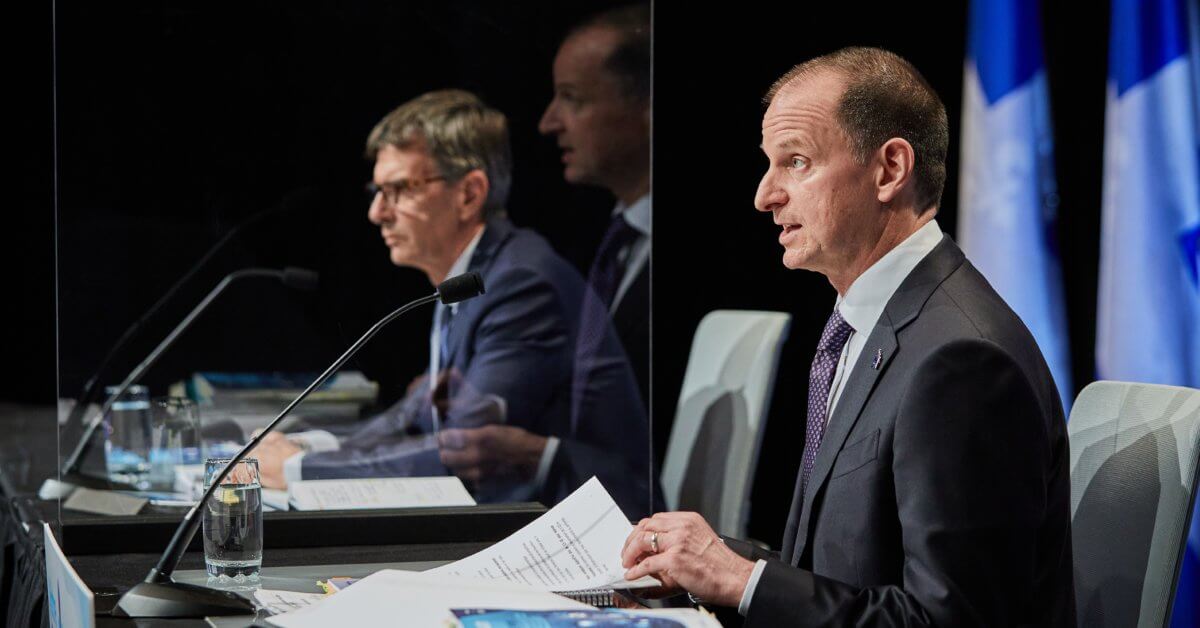 As Québec is being hit by the second wave of the pandemic, the government is continuing its actions to support Quebecers, strengthen our health care system and restart the economy. The Update on Québec’s Economic and Financial Situation presented today by the Minister of Finance, Eric Girard, outlines additional measures totalling $1.8 billion over three years to continue supporting Quebecers and restart the economy. These new initiatives bring to nearly $13 billion the amount invested by the government since March to deal with the historic economic and public health crisis Québec is currently going through.

Additional funding to support Quebecers and our economy

In addition to the actions taken since March 2020, the government is announcing an additional $287 million to support Quebecers and our economy. This includes $100 million that will be invested to address mental health problems by providing better access to support services,
among other things.

An additional $60 million in support for the tourism sector was also announced today, in particular to offset the impact of the pandemic on tourist accommodations.

When adding the amounts granted since the June snapshot, the government has provided a total of $5.9 billion to support Quebecers and our economy during the crisis.

An additional $1.5 billion for economic recovery

While the majority of investments to date have been allocated to managing the crisis, the government is now presenting concrete actions totalling $1.5 billion over three years to accelerate economic recovery. Of this amount, $459 million will go to initiatives aimed at
helping Quebecers get back into the labour market by focusing on requalification, training and graduation.

The government is also providing $477 million to drive economic growth by accelerating business investment projects, fostering innovative initiatives and supporting regional economic development. Additional investments of $300 million will also be used to enhance the Plan for a Green Economy and $247 million will be invested to promote Québec production and buying locally.

These actions are in addition to several investments provided ahead of schedule in the 2020-2030 Québec Infrastructure Plan (QIP), as announced in May. The plan now provides for investments of up to $13.9 billion for 2020-2021, instead of $11.0 billion as originally planned. This initiative will have a financial impact of more than $300 million over three years.

The new initiatives announced today bring the government’s contribution to economic recovery to $1.8 billion since March.

Since June, $1.3 billion to manage the public health crisis

The first step in restoring the confidence of citizens and businesses is to ensure that the public health situation is under control. In this regard, the November 2020 update reports $1.3 billion in additional expenditures since June, resulting in part from the action plan to tackle the second wave of the pandemic. These expenditures are mainly related to the extension of bonuses for health care staff, training for new patient-care attendants, increased screening and test processing capacity, and purchases made in order to have all the necessary protective equipment. Since March, the investments in health care total $5 billion.

The government has been involved since the beginning of the pandemic and intends to maintain its support throughout the crisis and ensure economic recovery. We will return to a balanced budget within 5 years without cutting services or raising taxes. Additional details on the way forward will be presented in the next budget.

“We must collectively tackle one of the worst crises in Québec’s history and the government will take every necessary step to strengthen our health care system and help hard-hit citizens and businesses so that they can get through this pandemic and recover quickly. The new
recovery measures announced today allow us to increase confidence and ensure greater predictability for investment projects.”

Highlights:
• Initiatives totalling $1.8 billion since June to restart Québec’s economy, including:
o $287 million to support Quebecers and our economy;
o $459 million to help get Quebecers back into the labour market;
o $477 million to drive economic growth;
o $300 million more to ensure a greener recovery;
o $247 million to promote Québec production and buying locally.