The premier is there to represent francophone's majority in North America 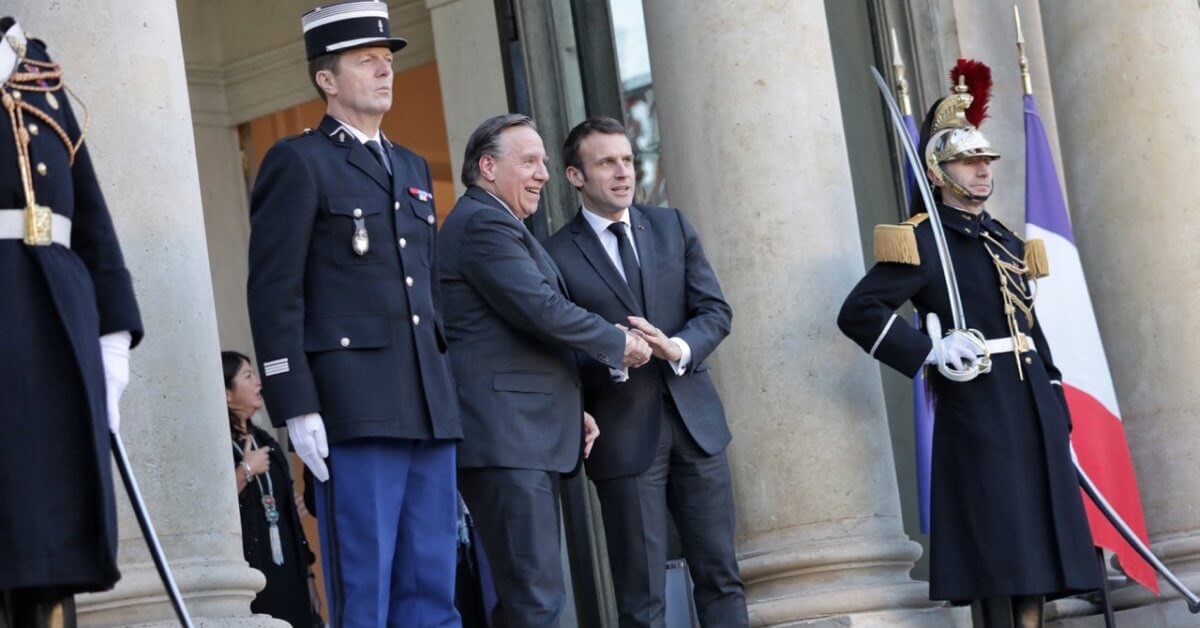 “I am the only head of state in North America to represent a francophone majority and so I have a responsibility to protect and promote French,” Legault said.

French president Emmanuel Macron underlined the historic ties between France and Quebec during a meeting Monday at the Élysée palace with Quebec Premier François Legault.

After making a brief statement to journalists and without taking any questions, the two men then attended a private meeting before dining with their spouses.

They noted that the meeting occurred on the 71st anniversary of the Quebec flag.

Macron said that France and Quebec had common objectives on the international scene, including the fight against climate change and the development of artificial intelligence.

Legault, who described himself as “head of state” of Quebec, said he was touched by the welcome he had received, which included all honours accorded high-ranking dignitaries.