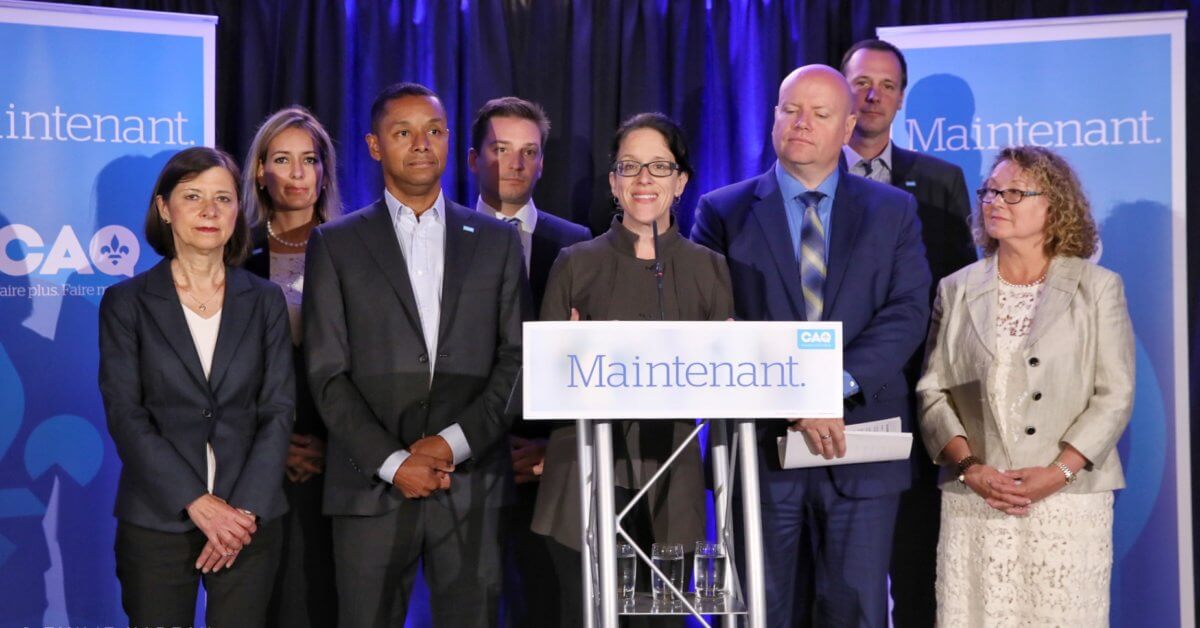 A CAQ government will adopt a uniform regulatory framework prohibiting cannabis consumption in all public spaces. “If we don’t boot out the Liberal government, there will be a thousand different bylaws in a thousand Québec municipalities. It is one minute to midnight to ban marijuana consumption in public!”, cried out Sonia Lebel.

“The Liberals have been in power fifteen years and if we want things to change in Québec, if we want to do more and to do better for our young people, we have to start by replacing this government. The only party that has the team to defeat the Liberals and form our next government, is the CAQ.”

“The Liberal government had the obligation to regulate marijuana consumption and protect our young people. Clearly, they failed.”

“Putting cannabis is the hands of someone under 21 is playing at Russian Roulette.”

“There must be restrictions so that drug use is not banalized. One of the best ways of preventing that is to ban it from public space.”