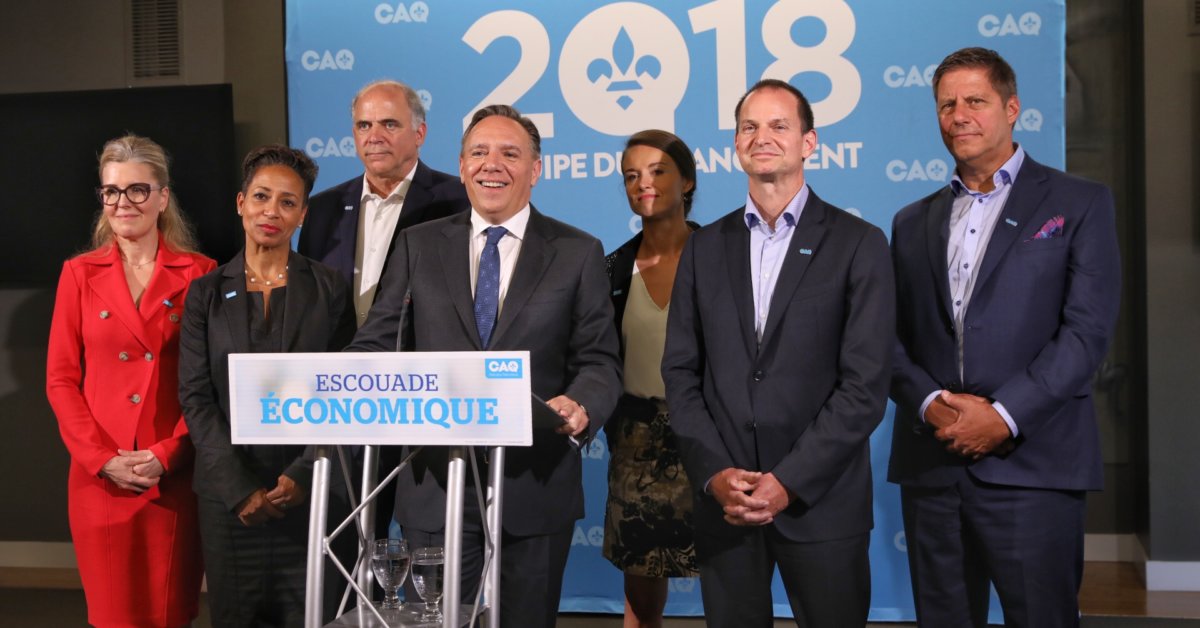 Proudly surrounded by his candidates, François Legault emphasized that despite their 15 years in power, the Liberals have failed to nurture a thriving entrepreneurship ecosystem in Québec. From 2011 to 2016, the number of Québec entrepreneurs has shrunk from 182,500 to 171,000, a loss of 2,300 per year.

If it comes into office October 1st, the CAQ will support and promote entrepreneurship, business creation and development through three concrete measures. A CAQ government will start by creating a scholarship program, under the form of loans of honour, to allow Québec entrepreneurs to attend the programs offered by the Beauce School of entrepreneurship. François Legault also said that his eventual government would introduce a section on entrepreneurship in the financial education program offered to Secondary V students and will create 4 new schools, in Saguenay–Lac-Saint-Jean, Chaudière-Appalaches, Montérégie and the Laurentians, in addition to the three regional schools already funded as part of the Oser entreprendre plan.

A François Legault government will also proceed to an in-depth revision of the role played by Investissement Québec and will reduce governmental bureaucracy that is currently holding back many Québec businesses.

“More and more ambitious men and women dream of taking over a business or of starting their own. To support them and give them the means to make that a reality, the CAQ is presenting a very strong economic team, people who are highly competent and experienced in public sector management, in business and in entrepreneurship. This is a true economic brigade that will serve Quebecers, our entrepreneurs and our economy.”